I made this invoice scanner at a three-day hackathon organised by Unifynd Technologies in March 2020. We were a four-member team. The problem statement was as follows

Given images of bills/invoices, the task was to perform the following three operations: 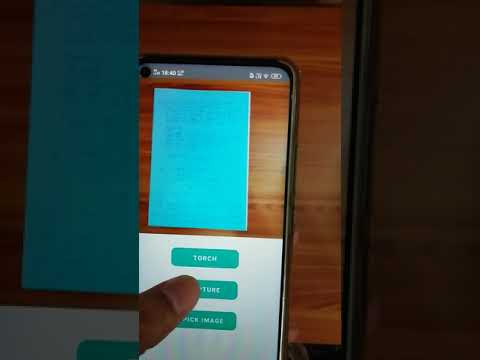 I chose to use React Native for this project because I could quickly create a cross-platform app for Android and iOS. We used OpenCV to clean the image and then perform edge detection. We also used Firebase ML kit for OCR from the cleaned image. To get it complete faster, we first wrote the OpenCV code in Python which I later converted to Java to be used in Android

I worked on the core functionality of the React Native app. I made a simplistic UI while my teammates were working on edge detection and cleaning in Python OpenCV. I then converted all the OpenCV code from Python to Java and implementing cross platform support on Android and iOS

We won! The project is open source. You can take a look here - Github